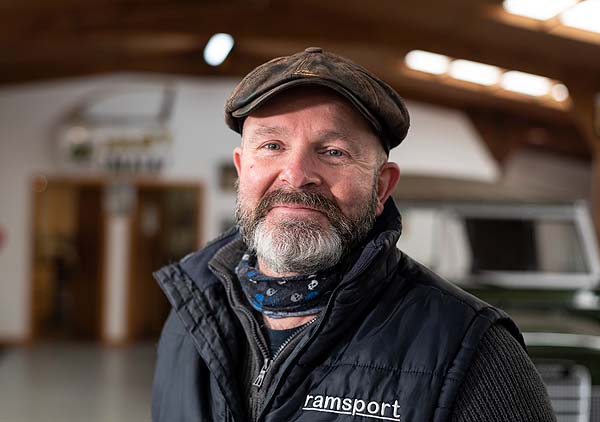 Back in 1984, Rob embarked on his career in motorsport, competing as a driver in local rallies and turned his hand to the repair and preparation of local rally cars as well as competing in selected European Events in his Escort Cosworth

In the early 1990’s Rob’s career as a Contract Technician for motorsport companies such as Prodrive, Ralliart Europe, Nissan Motor Sport Europe (NME) and Malcolm Wilson Motorsport developed alongside the continued increase of his ever growing network of private clients.

Inevitably, the business Ramsport was pursued in a full-time capacity, this led to numerous successes, both nationally and internationally and included a Scottish Championship victory at the hands of Scottish driver, Dave Weston.

In 2005, Ramsport commenced their World Rally Championship programme, this brought great success as well as supplying cars for a great array of drivers, our main efforts were concentrated in a driver development programme for the young up and coming Andreas Mikkelsen, who accompanied by co-driver, Ola Floene enjoyed significant success, numerous wins and giant killing, point scoring WRC finishes.  This led to many other WRC drivers enjoying the services of Ramsport in the coming years such as Henning Solberg, Guy Wilkes, Valentino Rossi and Mark Higgins.

2011 saw a change for Ramsport which directed the business towards the classic and vintage era cars, which is something that Rob is extremely passionate about, overseeing and working on directly, some of the most iconic Group B rally cars as well as incredible exotic and supercars such as the Lamborghini Miura and Mercedes Gullwing to name a few.

Rob can usually be found in the workshop and takes a real pride in saving and restoring vintage cars, bringing them back to their former glory.

Always looking to progress and move forward, Rob has set his sights for Ramsport to working on Global Historic Endurance events which seems a natural progression for the company.